Bernie Heaney hails from Newbridge, Co. Kildare and has been keeping it country all her life. 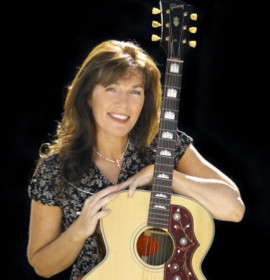 Reared listening to country music greats such as Hank Williams, Charley Pride and Dolly Parton, she was taught how to play the guitar by her dad and she has been playing ever since.

Bernie loves to perform for live audiences, big or small and gets great joy playing and singing to those who enjoy her style of music.

Her debut album called ‘Dare to Dream’ was released to great acclaim in 2014 and she has been touring with it since.

Bernie will be featuring on our bar trail – not to be missed!