Originally from Magherafelt, Ben is an outstanding country singer going from strength to strength in the world of showbiz and his performances across the provinces of Ireland regularly draw large crowds. 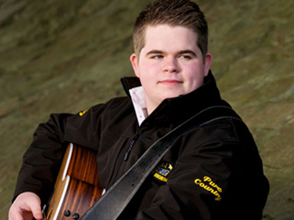 Irish radio has given Ben’s music some spectacular reviews confirming the talent of this young man. His most recent album ‘Just The Good Ol’ Boys’ features great tracks such as ‘Come On In’ and ‘Tiger By The Tail’, and his music reflects his versatility & modern approach.

“When words fail, music speaks”, and Ben certainly proves this as he takes you on his journey.